Let’s jump into this topic shall we…

When it comes to cryptocurrency people either

So, I’m gonna break it down so you can understand the general concept of it and give you the option to jump in on it or at least be more familiar with it.

First off, if you look up the definition of Cryptocurrency it says this:

“a digital currency in which encryption techniques are used to regulate the generation of units of currency and verify the transfer of funds, operating independently of a central bank.”

Now if you have no idea what cryptocurrency is that means nothing to you so let me explain it to you in a way you can understand.

At the beginning of cryptocurrency, we have Bitcoin which was first released in 2009 it was the first of the “digital money” and it uses mathematical equations that computers solve and once it is “solved” it rewards the computer with 1 bitcoin.  once an equation is “solved” it’s done it can’t be “solved” again and the way bitcoin is setup only a certain amount of bitcoin can be rewarded.

This transaction is then logged and recorded in a public database that is verified by thousands of other computers typically this ledger is called a “blockchain” no one person controls the blockchain so thus it becomes “decentralized” meaning there is no middleman and nobody can cheat the system because once it’s logged any subsequent additions will be rejected.

These transactions or solving these equations are called “Mining” think of it like the gold rush people mine for gold well it’s the same process only it’s done digitally.

In the early days, it was easy to get you a “miner” i.e. a computer that solves these equations and churn out bitcoin for you to save, spend or horde whatever your preference was. but as the years went by it got harder and harder to solve so whereas once you could use a personal computer to mine now takes a powerful system or supercomputers to mine the data and this is by design. it was created so that the lifespan of the bitcoin could be extended for years to come because there is only a limited amount of bitcoins once it’s done it’s done. people will trade and spend amongst themselves when the last bitcoin is mined.

You following me so far? if you want more detailed information check out this link on Wikipedia.

That’s the basics of the system of course with every system regardless of what it is there are issues and bitcoin specifically is no exception it took quite awhile for it to become a legitimate form of transaction because it was typically used for illegal purposes like for paying for illicit goods on the dark web (Check out Erica’s post for an introduction to the dark web). it was never designed for that purpose but since it is an anonymous transaction and not regulated by any government or banking system it couldn’t be traced so criminals latched on to the idea pretty quickly.

But through hard work and a large community of people that wanted to see bitcoin survive for legitimate use, it’s made it’s way to the mainstream.

People like the idea of not being tied down by government restrictions and having a way to conduct business on a peer to peer network.

Now, with that description and explanation out of the way hopefully, you have some sense of what cryptocurrency is and how it is used.

But you ask, How do I get involved and use Bitcoin or other cryptocurrencies?

Good Question! unfortunately, unless you got in before the big boom you won’t be mining and collecting your own bitcoin you can still mine and work on collecting other new developing cryptocurrencies (currently over 4,000 are available) but the bitcoin train has left the station. It’s a big boys operation now but you can still buy sell and trade on the bitcoin market.

How To buy and use Bitcoin:

First, you need a bitcoin wallet to store and use your bitcoin you can get one here  your bitcoin address will look something like this:

you can send and receive bitcoin (digital money) once you have an address.

You’ll want to be sure the company you are dealing with is a trusted reputable company because bitcoin companies come and go and they could disappear overnight and if that happens there is no way to retrieve or get any bitcoins you had stored there.

There are several options to store and use bitcoins you don’t even need a company to store your bitcoins for you many people will use what’s called “cold storage” which is basically storing your bitcoin offline by using what’s known as a private key.  this code is basically proof that you own X amount of bitcoins. it’s very important to keep your private key safe because anyone with access to it can use it/steal it. 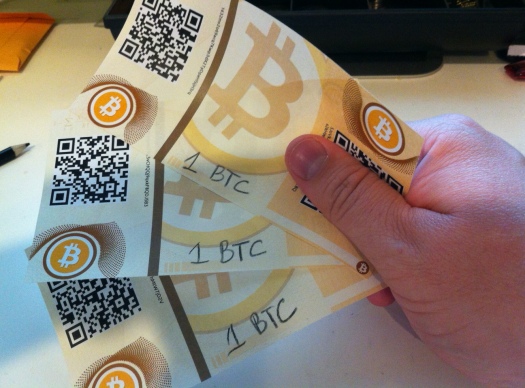 alternatively, cold storage is also known as a paper wallet which you save and store in an offline location. As long as you have your bitcoin address and the private key you can always redeem it or spend it.

as a security precaution, any account you make online should use all available security options i.e. 2-factor authentication so no one can hack or access your account.

Now, that you got a bitcoin wallet how do you use it?

generally speaking, each site is different  but also works, in the same way, consult your specific site for details but basically, if you want to buy or sell bitcoin you’ll use what’s known as an exchange a popular exchange and wallet is Blockchain.info, of course, there are many other sites but this one is one of the main most reputable ones.

ok ok, but how do I buy stuff and where do I spend my bitcoin at?

The list can go on but here is a store directory with a comprehensive list of places that accept bitcoin.

Now that we got that situated you know what cryptocurrency is and how to get a wallet and where to spend some bitcoins at you may be thinking is that it?

How do I get involved deeper is there a community I can join to learn more?

Of course! The cryptocurrency community is far and wide and you could find a 1000 different places to learn more but here are a few places I like and a facebook page that offers lessons on cryptocurrency.

Minergate – (MinerGate is a mining pool created by a group of cryptocoin enthusiasts.)

There is so much more to be said about the cryptocurrency world and of bitcoin but I hope this can be the start of a new hobby for you and that’s how some people treat it. In the beginning, it was just a bunch of geeks trying something new and it became a thing that’s how these things usually work.

if you want to become an enthusiast it’s easy to jump in there and learn everything you can and turn it into a fun hobby like I said earlier it’s too hard to mine for bitcoin on a personal level but there are still options available like you can purchase Cloud Mining contracts where huge mining farms will lease out hardware for you to use you are just paying a fee to use their resources and whatever you make you bank it minus any fees associated with the contract.

Minergate is an excellent pool to jump into not only can you mine for bitcoin (via cloud mining) you can also mine for other cryptocurrencies that they support and some of them can even use your GPU power with their custom miner app. Be sure to check them out if you want to jump into that game.

for more info or for one on one training contact GEFNET at 217-960-4335 or visit us on any of our social media pages.

And Yes! GEFNET does accept Bitcoin and other cryptocurrencies for payment of services offered via CoinPayments!

if you are like me I like playing Bitcoin games it’s fun entertainment click here for the site I use.  (don’t spend money you don’t have and play responsibly.)

**some Links in this post are either affiliate links or referral links which will give me a small commission for your visit it’s a great way to support bloggers without costing you anything.**

This site uses Akismet to reduce spam. Learn how your comment data is processed.